Mapping a Million Assets with Sub-inch Accuracy in New Jersey

Kahn quickly encountered challenges with the legacy mobile technology. He was faced with manually transferring data from the legacy GNSS devices to the utility’s GIS. This was time-consuming and prone to errors. Files could easily be overwritten, for instance. Moreover, the location data needed to be differentially postprocessed before Kahn was able to achieve decimeter-level locations for the GIS. He estimated that the legacy technology’s inefficiencies added days of labour to each step of his pilot project.

Still, after all the work was done, Kahn had achieved about 10-centimeter accuracy for all 7,000 assets in Ortley Beach. The date was October 27, 2012, when the first accurate map of Ortley Beach’s water and wastewater assets was completed. Two days later, Hurricane Sandy made landfall in New Jersey. Ortley Beach would become known nationally not for its perfect map—but for being nearly wiped off the map. Entire neighborhoods were now only sand.

Kahn had returned to Ortley Beach days after Sandy to help locate assets for field staff. Despite the landscape being totally transformed, he was able to locate each meter pit within seconds of looking. Kahn remembered stunning the mobile crews by walking up on a sand dune and announcing that this was the exact location of an asset they were trying to find.

Kahn put together a return on investment (ROI) estimate of what survey-grade asset locations could save New Jersey American Water. Each year, the utility performs about 300,000 work orders that require a person to “get out of a truck and look for something,” such as a shutoff valve. So with easy math, Kahn concluded that New Jersey American Water could save over 55,000 hours in the field per year—just by providing access to survey-grade asset maps.

Within five years of starting the statewide data collection effort, Kahn’s team had successfully mapped all New Jersey American Water’s water and wastewater assets. The project was completed nearly exactly on schedule. The result was about one million legacy utility assets captured across nearly 10,000 miles of service with sub-inch accuracy. Along the way, technicians discovered many assets (e.g., hydrants, valves) that had not previously been recorded in any of the utility’s databases. They also mapped potential hazards, such as missing lids or grading issues, and leaks that needed to be fixed, and alerted maintenance crews who responded with prompt interventions.

I remember people telling me GNSS would be impossible to scale, that we could never find, much less map, every 100-year-old curb stop. But we’ve shown it was possible in New Jersey, and since then, many more utilities have followed. 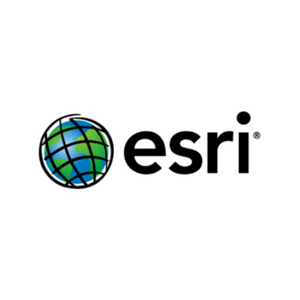