Kliring the Way for Permitting Peace of Mind

Keith Abercrombie, the Chief Operating Office of Santa Clarita Valley Water (SCVW) and his newly formed team were faced with a number of challenges when they amalgamated the three water divisions of, Newhall Water, Santa Clarita Water, and Valencia Water, to form a single agency SCVW serving 273,000 people in 2018. Not least among these challenges was getting a handle on what permits existed across the three divisions. This coupled with an aging work force, of which 80% is over 50, and a few key team members retiring over the coming years, drove Keith and the team to look for a new way to handle their permits.

Keith and the new management team quickly realised that they were not fully aware of every permit which was being managed across the three divisions. In the old world everyone knew who was responsible for managing a specific permit but a change in the overall structure meant a change in responsibilities for many employees. Each permit, of course, had some sort of requirement to fulfill for a key regulatory body. Not reporting or complying would mean that the utility would be subject to a fine or penalty- which in many cases could be quite material. Not having the full view was putting the team at risk.

The Klir team came on site and spent a “day in the life” with SCVW to understand how permitting was being currently managed. The team then met with all key operators to present the findings, provide an overview of how the Klir software would benefit them and next steps to get them up and running with Klir as soon as possible.

The Klir team then worked with SCVW to: 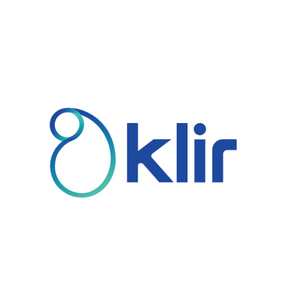